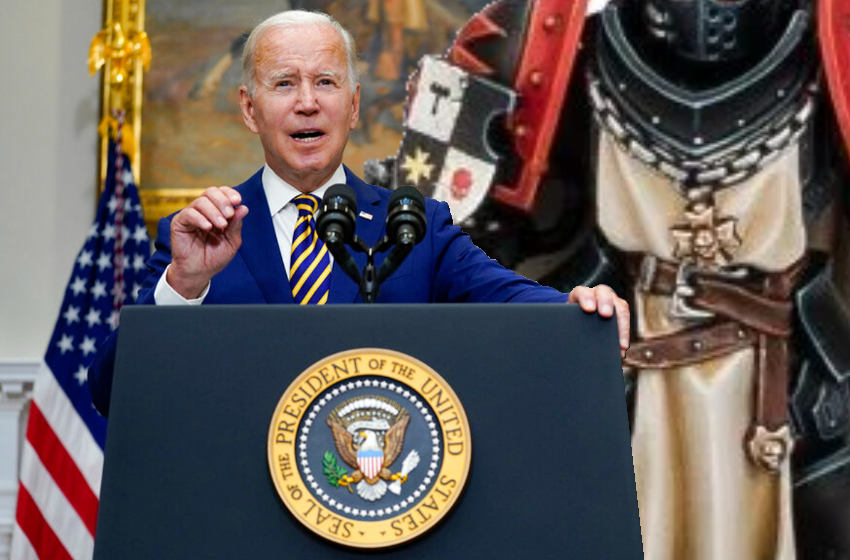 Biden to Forgive up to $10,000 of Warhammer Miniatures

On Wednesday, President Joe Biden announced a historic debt forgiveness plan that would refund up to $10,000 worth of wargaming miniatures. “In keeping with my campaign promise, my administration is announcing a plan to give working and middle class wargamers breathing room as they prepare for their next tournament.” The Biden administration clarified the forgiveness plan was for those who made less than $125,000. “This plan isn’t for those who have full identical Tyranid armies with appropriate camouflage for whatever terrain they may be on. This is for the kid who watched Astartes and jumped into the deep end of the Horus Heresy without a life jacket.”

Biden’s plan has brought criticisms from both sides of the aisle. Debt forgiveness advocates cheer the announcement but say there is more to do. Harvey Jenkins of the Wargaming Jubilee Fund said, “There are still so many ways for lower income families to be unable to keep up with their local games store. Every codex and index required to follow the meta is another meal missed for our mom and pop gamers, and we need an administration that can keep Games Workshops’ feet to the fire and alleviate that.” Mitch McConnell called the initiative a disgrace. “This is a slap in the face to all the people who scrimped and saved, or joined the military just so they could have a lore accurate Ta’unar Supremacy Armour battalion.”

The forgiveness plan would also apply to other miniature wargames, such as Star Wars: X-Wing, and Bolt Action. $20,000 will be forgiven for wargamers who got really excited about Malifaux and couldn’t find any other players.