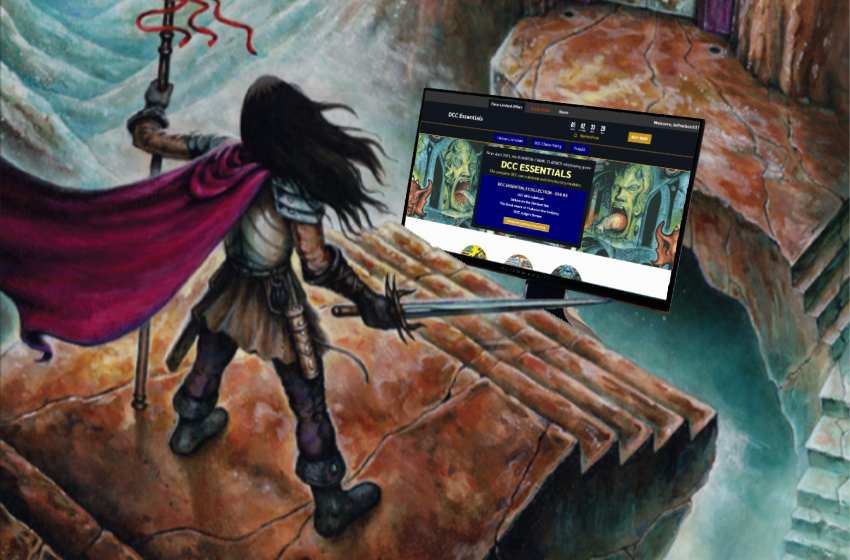 Delusional Man Buys Yet Another Bundle of Holding

Sources say Marshall Davis of Springfield, Massachusetts, has bought another Bundle of Holding, simply because it had a system he had heard good things about. “I’ve been hearing about funnel adventures for Dungeon Crawl Classics for years now,” Davis said, as though he were going to run a funnel within the next calendar year. “Also apparently spells and fighter moves are super gonzo, and it sounds fun to try out.”

Reports show that this is the eighth bundle Davis has bought, but according to his gaming group none of the games he has discovered through the site over the past two years have been played. “Yeah, my D&D campaign has been going pretty strong, but we’re going to take a break soon, and I think we might try one of these out just for some fresh air, you know?” he said, knowing full well he would run another FATE one-shot. “Well, nothing that would take to long to learn like Mutant: Year Zero. And I don’t know if I’m in the right headspace to run a Chuubo’s Marvelous Wish-Granting Engine game yet.”

When we asked Davis if he really thought he was going to find people to play Invisible Sun or Nobilis, he said he was fine with just reading the rulebook to see what it was like. “Don’t you think there is some merit to reading books and systems even if you don’t plan on playing the game? There are so many interesting ideas out there, and I feel like getting a broader view of this great hobby will only make me a better player and game master.” As of writing this article, the only Bundle of Holding books Davis had read was the system generator tables from Stars Without Number.