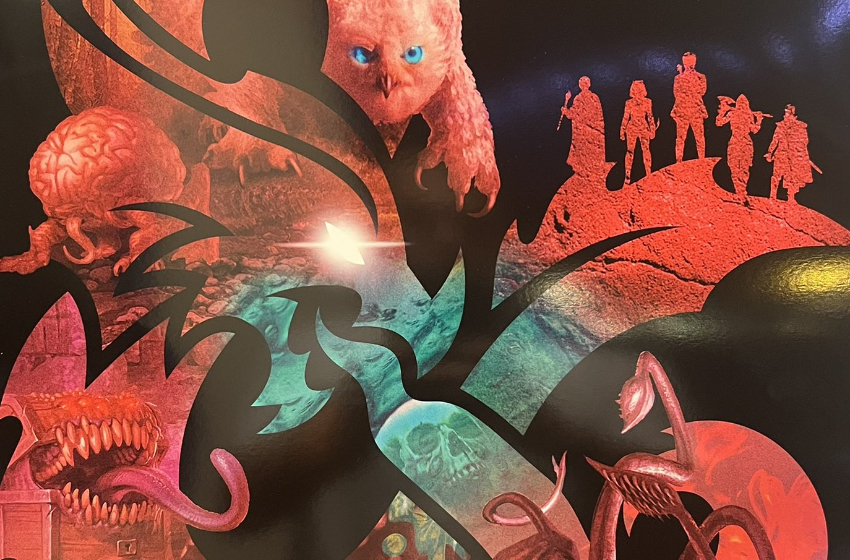 Last week at the San Diego Comic Con, eagle-eyed fans noticed that the poster for the trailer of the new Dungeons and Dragons: Honor Among Thieves movie featured an intellect devourer from the Pathfinder 2nd Edition roleplaying game. Jonathan Goldstein, the director of the film, immediately took to twitter to congratulate fans on spotting the easter egg. “We want this movie to really feel like everyone’s D&D games at home, and using art that vaguely fits the atmosphere of whatever we’re going for is part of that philosophy.”

Poster artist BossLogic said that Wizards of the Coast provided him with official Dungeons & Dragons art, but was encouraged to “just google it,” if he wanted something else. “I was told that to really capture the feeling of a DM who needs monster art at the last second, I should just grab the first thing that comes up when I typed in ‘brain monster 5e.’”

Despite BossLogic’s trepidation at using another company’s art in the poster, he says that WotC were quite insistent. “They said, ‘This is payback for stealing our whole vibe in 2009.’ I tried to remind them that Paizo was in their legal right according to the Open Gaming License, but they told me that I had been talking for more than six seconds and I had to choose my action. I used my bonus action to copy, and my action to paste, and by the time I turned back, they had used a 5-foot step to get away before I could ask an opportunity question.” He rubbed his eyes at the memory. “I’m pretty sure you can’t even take a 5-foot step in 5th edition, but by that time I didn’t even care.”