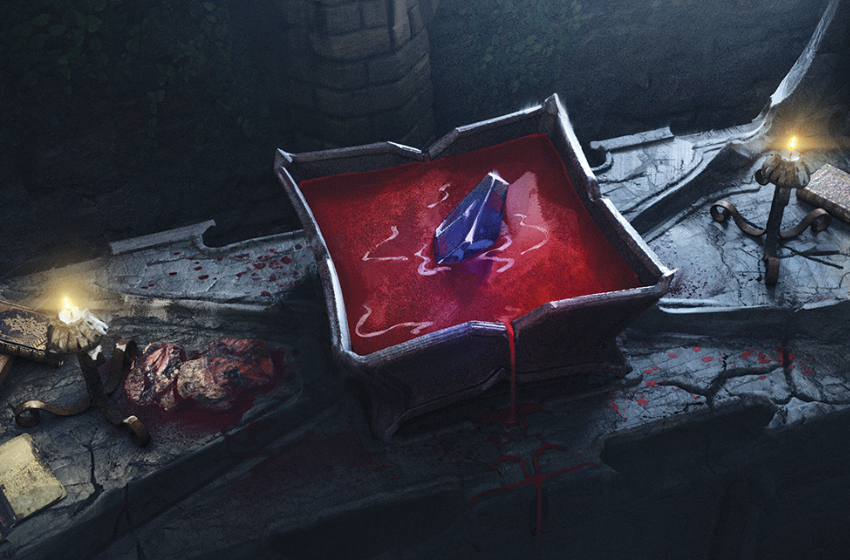 OPINION: We Should Grab this Gem Floating in Blood

Ever since this adventuring party met in a tavern for a simple job involving goblin bandits, we have been delving into dungeons and blatantly ignoring the super cool gems that are placed in suspicious places, like a pool of blood. However, I would like to propose that now and in the future, we totally snatch any valuables, regardless of how creepy their location is.

Think of the riches we lost out on when we left that sword in the mouth of the giant dragon statue whose eyes moved. Have you considered how many of our weapons we could have silvered if we had pulled the feathers out of that silver goose in Grimm Hall? I put forward that we are making that same mistake here, as this gem floats in a vessel of mysterious blood. No, we don’t know whose blood it is, but we don’t know whose gem it is either. When we fought those snake-headed men at the Serpentstaff Temple, their gold was covered in blood, and we still took that. If anything, its worse when we know whose blood it is, because then we might feel bad about it.

Another point to consider is that I have already taken the gem floating in blood. You all were more preoccupied with picking which route to delve deeper into the dungeon, and I swiped it on our way out. If we’re all coming clean now, I also saw the pool of blood turn black, which was probably just a trick of the light, but you never know. I also heard the sound of the vessel beginning to crack, but my ears always pop when we go deep underground. I think we should put this all behind us, and begin to get out of this dungeon and figure out what this gem that keeps whispering to me is worth.