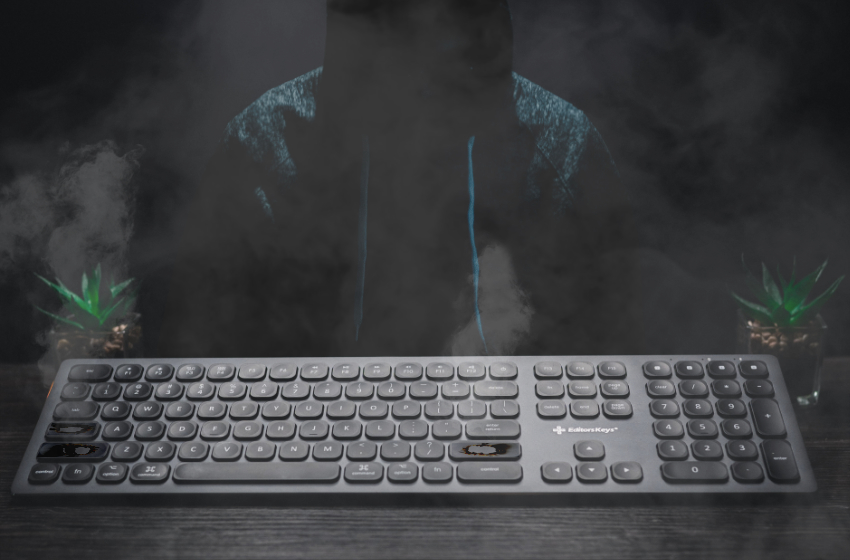 last night fred hicks and leonard balsera of evil hat games met outside of my home with the express intent of destroying my keyboard. they had traveled separately, and each had hotel rooms and receipts as alibis prepared. at roughly three in the morning, they cut the phone lines. realizing this might not do much, they then cut the internet fiber.

i awoke with a gag in my mouth, with the two men standing over me, my keyboard resting on a cutting board between them. ‘i’ll bet you think you’re pretty funny with your little articles,’ hicks said as they cleared my counterspace for their tool bag. out of the corner of my eye, I saw my guard cats unconscious with military grade catnip scattered about. ‘watch1’ hicks barked. I turned to see them slowly push a soldering iron through the shift keys, and then the caps lock. tendrils of acrid smoke rose as they ensured I could not in anyway capitalize letters or access any alternative punctuation.

‘rob tried to warn you,’ balsera said. ‘now you see what it’s like to see your work vandalized. to see everything you care about dragged through the mud without proper stylization.’ he smirked as he deleted the accessibility features on my operating system. ‘maybe this will teach you a lesson, maybe not. we’re being nice this time. if we have any more issues, there may need to be… extreme consequences.’

once they had finished removing my ability to create nuance or proper quotations, they sat down in front of me. ‘do we have your understanding now/ do you think you can get it through that thick skull yet/ fate isn’t all caps. it’s just like any other proper name.’

i nodded in understanding, but they noticed my trepidation. balsera gave me an encouraging nod to speak. ‘i just don’t see what the problem is. don’t the people capitalizing it help strengthen the connection to the past with fudg-‘

‘fudge is dead,’ hicks roared, ‘and we killed it1’ he lunged at me, and balsera barely caught him. ‘its not ‘fate core,’ he spat through gritted teeth, using his voice to denote capitalization in the exact way my keyboard could no longer. ‘it’s not ‘fate accelerated’ or ‘fate condensed.’ he calmed down, and they packed their things up. as he lingered by the door, hicks looked at me. ‘it’s just fate. it’s what is meant to be.’