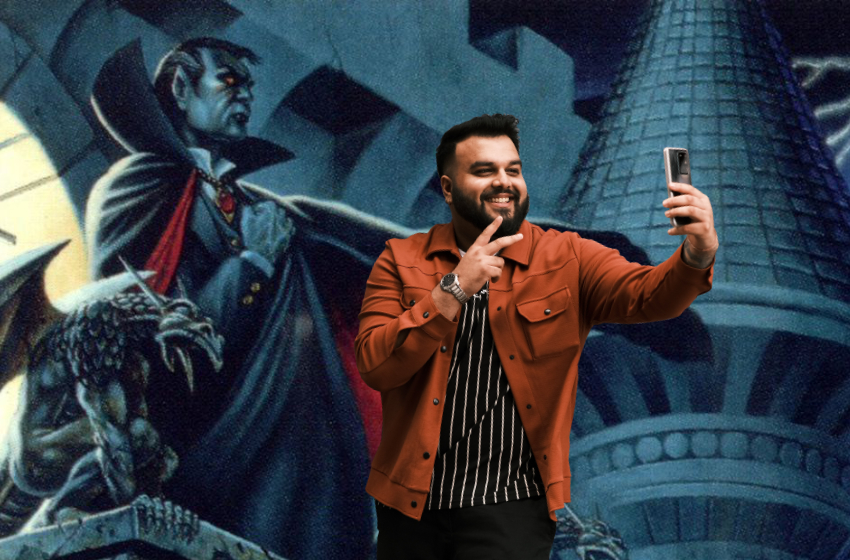 Barovia is abuzz with preparations for the flood of one-shots that will be taking place in the demiplane of Ravenloft. Normally the mists that surround Barovia are unpredictably fickle as they pluck unwitting denizens of other planes to be brought to Strahd’s domain, but in October the mists give way as dungeon masters bring their willing parties to the cursed valley.

“We probably won’t see as many as we did before Covid, but I’m still happy for the extra business,” said Bildrath Cantemir from behind his mercantile counter, snipping the nametag off of a bloody piece of leather armor. “Plenty of customers to please and serve as they make their way to the castle to be slaughtered for Strahd’s amusement.” When we pointed out that sometimes parties were successful in killing the vampire lord, he simply laughed and shook his head. “Tell that to him then! The DM may forget to use all of his legendary actions, but the Count sure don’t.”

Not everyone is happy to see the renewed flow of tourism. Baron Vargas Vallakovich, the Burgomaster of Vallaki, says adventurers only encourage the vampire lord to waken. “The Devil Strahd does not need this kind of agitation as an excuse to begin feeding once again on the local populace. Though we have been able to keep him away with our many festivals and rituals, the surrounding countryside suffers because a throng of nerds want a spooky Halloween. Not to mention they don’t even have the decency to come through our beautiful town to spend their gold. They almost always come in through Barovia, a village so boring they practically didn’t name it.”

As Krezk would not open its doors to us, the last group we spoke with were the Vistani, the traveling people of Barovia and several other lands. “Us?” said Luvash, as we sat near his colorful wagon. “No, adventuring heroes don’t bother us much anymore. Sure, there’s the occasional DM who wants to show we’re not just stereotypes, but most are so cautious they just leave us out of the session entirely. And that’s alright in my book.” He looked up to the Castle, where the first flickering torchlights of the season were making their way into Castle Ravenloft. “Here in Barovia, the less eyes on you, the better.”