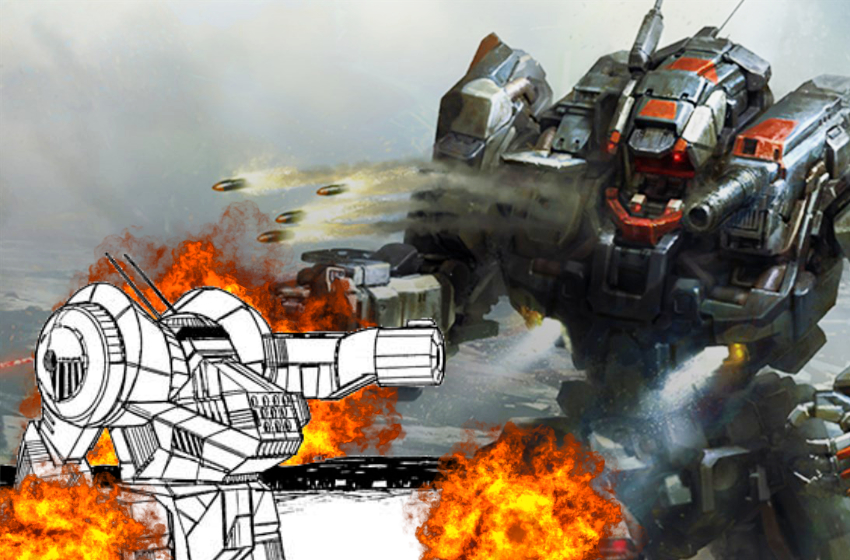 This past weekend, anonymous Lancer, Girls’ Frontline, and Flying Circus YouTuber Dragonkid11 finally revealed their true form. For years, the sultry-voiced trashtalker has hidden behind the black and white illustration of a BattleTech DRG-1N “Dragon” BattleMech. In the video, Dragonkid11 destroyed the paper illustration with a salvo of short-range Infernos from their Holly rack, revealing themselves to be a first-generation SHD-2H “Shadow Hawk.” Naturally, the denizens of the internet lost their collective minds.

“I never meant to hide myself,” Dragonkid11 told us over their COMSET. “When you’re on the internet, I think it’s common to present as an idealized version of yourself. I’m a Lang unit, and most of us were recalled for armor plating flaws. So when I got started I just wanted to fit in. Eventually I pretended to be a Dragon long enough that when I started to gain traction, I didn’t even think about it as hiding at that point. It’s just who I was.”

Dragonkid11 says that the Lancer community has been supportive of their true form. “Sure, I’ve got a lot of mean comments. Things like ‘look who can’t keep a manufacturer,’ or ‘you should have remained Unseen!’ But on the other hand, these Lancer folks have been really cool, telling me ‘it’s just like using an Everest frame.’ Just because I’m not maximizing every inch of potential out of my chassis, doesn’t mean I can’t still wreak havoc on the battlefield of the future.”

Even with their newfound confidence, Dragonkid11 knows they can’t please everyone. “I know that there’s a not insignificant number of people who are disappointed that I’m not a cute special-ops anime girl.” They grinned, a glint of light sparkling in their canopy. “All I’ll say to that is I still haven’t revealed my pilot. Maybe once we hit a million subscribers.”