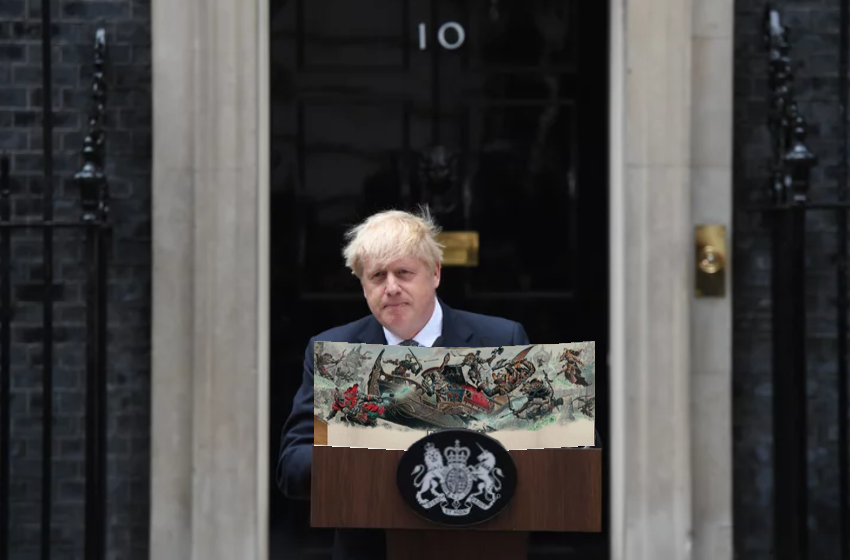 Boris Johnson has decided to step aside as Dungeon Master as more and more members of his party have left the game. “It’s hard to see all the cool ideas you had play out on the table, but I get it, I guess. I had hoped for a super cool secession campaign with lots of political maneuvering, but suddenly everyone was asking me about how things would work, and if their country weren’t better off as part of a larger political union. Which, quite frankly was too many crunchy details for me, I just wanted them to rebuild an empire and have a few laughs.”

This isn’t the first DM to leave this campaign. “Theresa, our old DM, basically did the same thing, but didn’t even get us as far,” said one player, who wished to stay anonymous. “So, I guess you can say at least Boris got us out of the starter zone and into the real adventure, but is that worth it if the adventure sucks?”

Other players brought up Johnson’s habit of fudging rolls and wanting to play in person at the height o the COVID-19 pandemic, but it was a post on the subreddit r/rpghorrorstories that was the last straw for the group. “It basically laid out all of the stuff we already mentioned, but it turns out one of his friends who he always joked about has actually been accused of sexual assault, like multiple times. That’s pretty much when everyone started bailing.”

Moves will be made to appoint a new DM soon, but we didn’t feel like learning enough about British political succession to make a real joke about it.