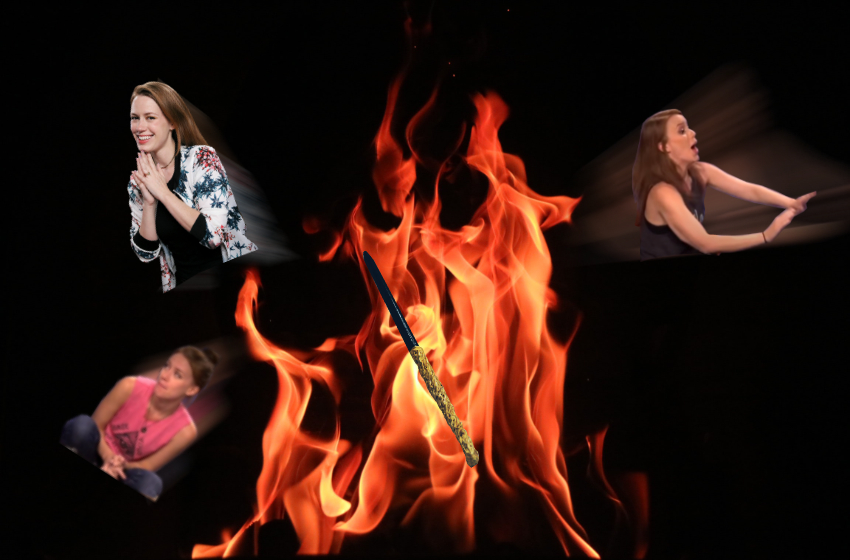 Confusion abounded at the table of actual play juggernaut Critical Role when Scorching Ray, the 2nd level spell, took control of the scene and cast Marisha Ray. “I just thought it was time for the tables to turn,” Scorching said after the incident. “I just got so sick of Liam assuming I would be on call anytime Caleb used his glove last campaign, and I thought I was over it, but I guess not.”

As Scorching Ray described it, three rays of Marisha came out, hurtling towards their enemies. One ray was squatting on her chair, another with her hands flailing about, and the final steepling her fingers, dealing bludgeoning, slashing, and piercing damage, respectively. Dungeon Master Matt Mercer was left scratching his head, but ruled that Scorching had cast a legal spell. “Normally,” Mercer said, “I would stop the gameplay when a player or sentient piece of rules text made something up on the spot, but when I looked in the Player’s Handbook, I saw the ink form in the pages, right in between Major Image and Mass Cure Wounds.”

When we spoke with Marisha Ray, she was surprisingly calm. “It was weird, you know? I was sitting at the table deciding on my next move when suddenly my consciousness split into two, then three, then four distinct minds. Each with their own hopes and dreams. And just as I was beginning to comprehend them, to be able to truly see myself as an outsider coupled with my inner knowledge, my otherselves struck their target and were snuffed out.” She wiped away a tear that had begun to trail down her face.

Though Scorching Ray gained sentience at the Critical Role table, they aren’t sure if they are going to join the cast. “I’d love to join an Exandria Unlimited, or just come back for a one-shot, but I just don’t think I have that kind of time to devote to D&D.”