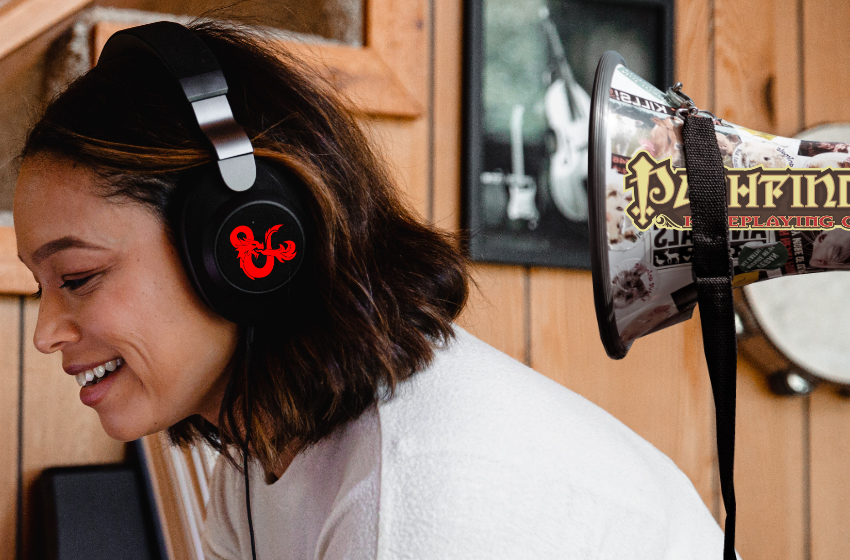 Wizards of the Coast has been listening to its fans, and finally released a product to help them deal with unbalanced encounters and the general lack of player options. In a press conference, Lead Designer Jeremy Crawford said “In order to help with the general comparisons many tabletop enthusiasts are making these days, we have released the DragonGuard headphones, to better help drown out the incessant whining of your friends who may want to try other dungeon-fantasy games. We know that there are other options out there, but the DragonGuard headphones are here to make sure you can live happily with one new player-facing sourcebook every yea- every other year or three.”

When asked if Wizards of the Coast would be releasing expansions to block out other tabletop RPGs, Chris Perkins took up the call. “We believe in releasing the basic building blocks for our fans to customize. Every purchaser is free to reflavor the headphones to stop any 13th Age, Das Schwarze Auge, or OSR talk at their home games. Adventurer’s League games will have to follow RAW and will only be able to stop complaints about the martial/caster disparity.”

In response, Paizo has announced megaphones that allow you to explain the elegance of the three-action system as loudly as possible. Lead Designer Jason Bulmahn released the following statement. “We will not be drowned out by the bounded-accuracy of our competitors. Our PathBlasters will be accompanied by a strategy guide to getting as many bonuses as possible. We suggest starting with a flank maneuver and shouting about Ancestry and Heritage feats, which should be more than enough to overcome even a paltry DC of 30.” When asked if a 4-day production time per megaphone would be quick enough to catch up with Wizards of the Coast, Bulmahn grumbled that at least they had rules for crafting.