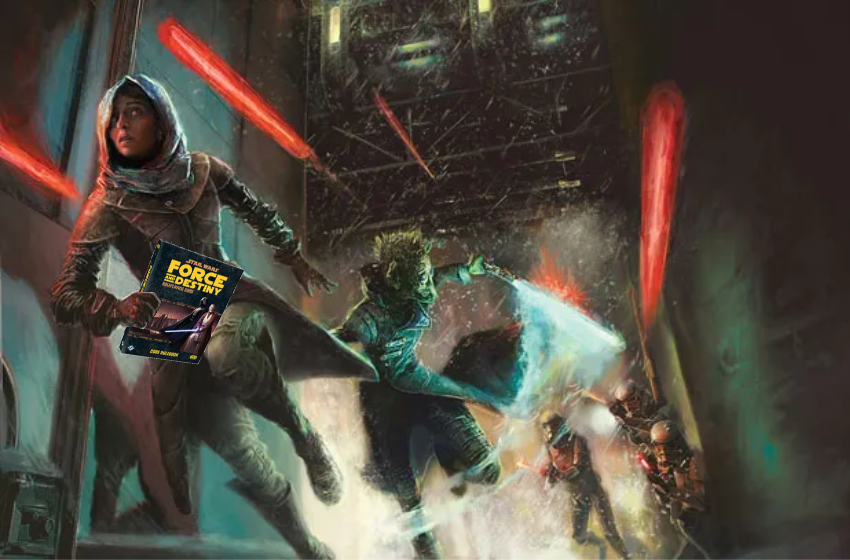 Gilles Garnier, head of Edge Studio, announced that they would not be able to continue selling Star Wars Roleplaying books or supplements on the Asmodee webstore. “We were aware that our license did not allow for the sale of PDFs, or any other basic online support commonly found for tabletop games. But I guess it turns out not being able to sell digital products extends to any purchase that can be made over the internet,” he said. He was quick to reassure us that the series of core books such as Edge of the Empire, Age of Rebellion, and Force and Destiny, will still be available, through other avenues. “We’re hoping to keep our fans happy and supplied with our long-awaited reprints through local game stores, magazine catalog orders, or the Pony Express.”

To be extra careful to not incur any further infractions of their license, Garnier announced that Edge Studio would no longer be creating books by hand. “We want to avoid any and all mistakes that could be made. By using oven mitts or similar devices, we won’t accidentally touch any of the books with our fingers, or any other digits. This will likely add to production costs quite a bit, so we will be working on a series of prosthetics for our printers to handle the product.” When our reporter joked about Luke and Anakin’s robotic hands, Garnier did not laugh, but seemed thoughtful. “We’ll have to talk with HR,” he mused. “If we can designate the fingers reclassified as ‘tactile manipulators…” He then thanked us, and showed us the door. As we left, we heard the thrum of plasma, the smell of ozone, and a Wilhelm scream.