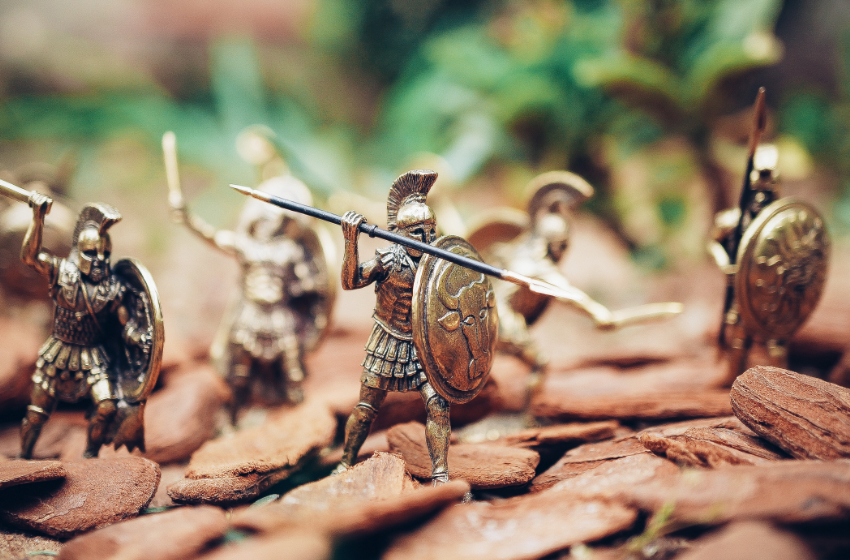 Greg Tanner had bought a beginner painting set of Greek warriors, and had only been painting for two hours before he realized that he would not be content with only the six figures before him. “Coming to this realization was not easy, but necessary,” Tanner said. “I knew that I enjoyed Dungeons and Dragons, but I always thought I could get away with theater of the mind. And now I’m sitting here with the painted soldiers, three unpainted, and all I can think is that this isn’t going to be enough for my Odysseyof the Dragonlords campaign.”

Witnesses on the scene reported that each warrior appeared to be better painted than the last, almost as if Tanner were improving. “Yeah,” he said ruefully, “I painted the first one straight on, then realized I was supposed to be priming them first. Then I fell down a rabbit hole of Squidmar and Miniac tutorials and by then, I was too far gone.” His voice began to raise in volume. “Did you know my set only gave me 5 colors and a wash? What kind of detail am I suppose to give these Argonauts now? They didn’t even give me a decent white for mixing and highlights!”

Tanner is unsure of where he’s going next. His wife Amber has been surprisingly supportive. “Honestly, I think that it’s great. When he started, he was just talking about how tiny and simple these guys would be, and then he was just silent for the next three hours. It’s the perfect reading time. As long as he’s able to pace himself, I’m glad he has a new hobby.”

At the time of printing, Greg Tanner was comparing 3D printers on PCMag.com