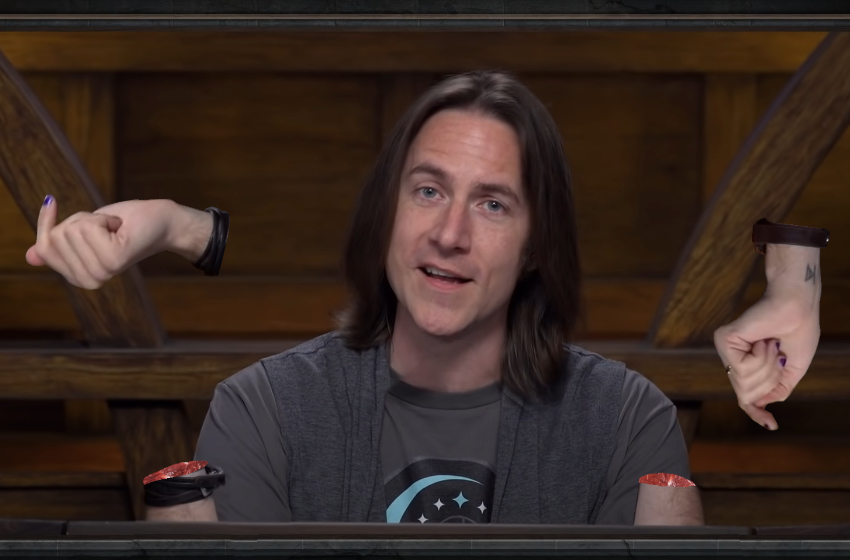 Last night’s Critical Role stream was interrupted when Matt Mercer gesticulated too hard during a particularly vivid description of his familiar, Toby the Crab, throwing his hands onto the table. Mercer quickly apologized to the viewers and other players as he collected his hands and began reattaching them, returning to the one-shot, A Familiar Problem. “I never meant to keep it a secret,” he said. “Honestly, it’s more embarrassing than anything else. I lost my hands in a freak miniature painting accident in high school, and I was already wearing the bracelets, so it just kind of worked well together.”

The other players last night were surprised, but ultimately the game continued. Marisha Ray, the co-creator of the one-shot, revealed that she had known about Mercer’s condition only after they had been married for some time.  “At first, the bracelets were just something we joked about. But after a while, when I realized he never took them off, it kind of got to me. He kept telling me I would be sorry if he removed them, so I tried not to bring it up, but eventually I couldn’t control myself. As he was sleeping one night, I untied his bracers, and his hands just fell straight off. It was crazy in the moment, but honestly not as bad as I had built it up in my head.”

While many Critters were quick to air their support for Mercer, some are a little more wary. “I’m worried about the Mercer Effect,” one xXTuskLoverXx commented. “Matt has already made a huge splash in the RPG world. What will happen when players everywhere expect their DMs to be professional voice actors, and have two chopped off hands?” Mercer took to Twitter the next day to reassure fans that losing one hand was more than good enough for a hobbyist game master.