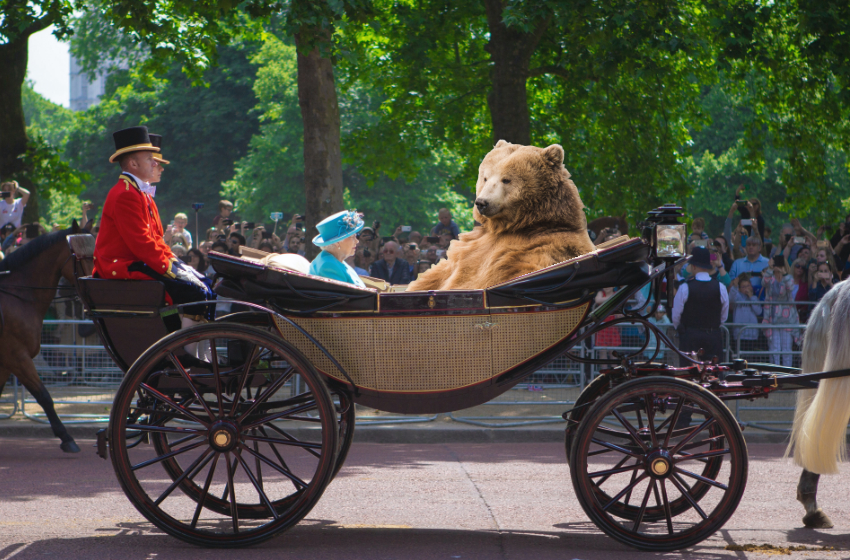 While Queen Elizabeth II was not able to attend the entirety of her Platinum Jubilee celebration, she made sure that she would be able to perform the knighting of one of England’s oldest officers, Mr. Barry Bearington. Per a press release from Buckingham Palace, “Mr. Bearington has been a dedicated servant, living a dangerous life for queen and country. Mr. Bearington’s contributions to England’s security, and his breakthroughs in the fields of spycraft and disguise have more than earned his knighthood. Since his retirement, however, he has diligently supported the youth in his community by putting on theater productions, as well as teaching children the art of beekeeping.” Mr. Bearington’s knighting is the only such ceremony during the festivities.

The Only Edition attempted to speak with Mr. Bearington before the ceremony, but due to technical issues, his audio only came through in low growls. We were able to conduct our interview over e-mail however. “I am incredibly humbled to have the work I’ve done recognized by Her Majesty,” he wrote. “It’s funny, when I remember the delicate work I conducted while in the service, I still feel like a lumbering old bear with honey on his paws. At the very least, the knowledge I have been able to pass on to the next generation would have been enough.”

There was a single awkward moment during the ceremony, in which a man appeared to have a nervous breakdown, gibbering “He’s a bear! He’s actually a bear!” The man was taken away is now receiving treatment. The newly knighted Sir Bearington cleared his throat, and said what seemed to sound like, “Rarrar, rar.” Those in attendance laughed uproariously at his jest.